The Dalmellington Iron Company was formed in 1848 in Dunaskin, Ayrshire – a series of iron furnaces powered by a large blower house employed hundreds, but a strike in 1921 and ageing machinery led to the closure of the ironworks. 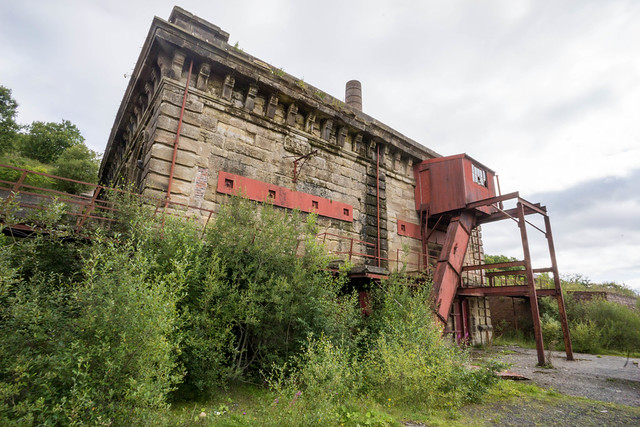 The blower house was still useful, though, so the iron furnaces were demolished and a brickworks established on the site, using two kilns built in 1928 and 1935, powered by the modified blower house. 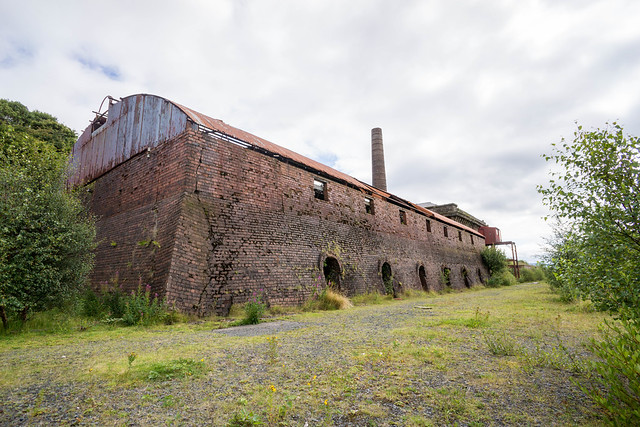 The brickworks closed down in 1976, but in the 1990s a heritage centre was created on the site. In the middle of Ayrshire, it was too far from anywhere to get many visitors, so when the local authority pulled funding in 2005 it closed. All very familiar from The Big Idea. The rail buildings nearby are being used by the Scottish Industrial Railway Centre, who run steam weekends and have a great wee museum, but the brickworks site is now up for auction – guide price £39,000. 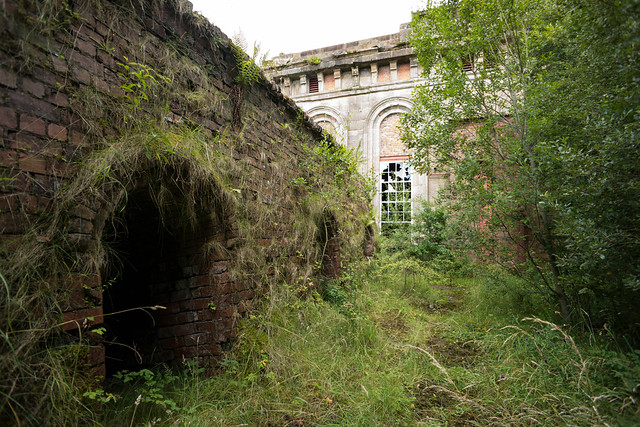 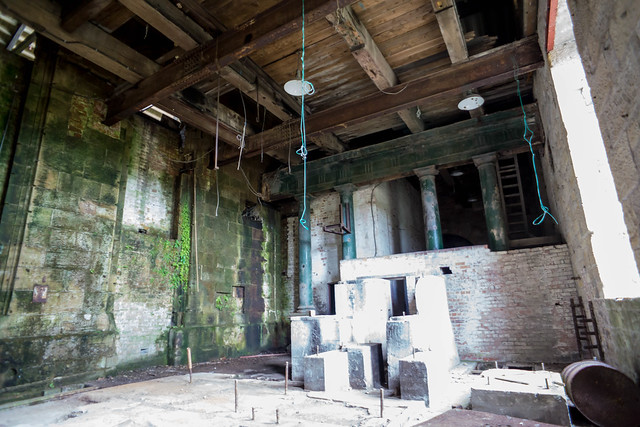 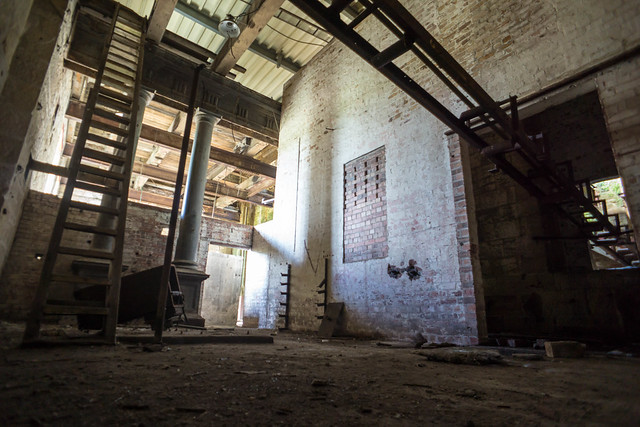 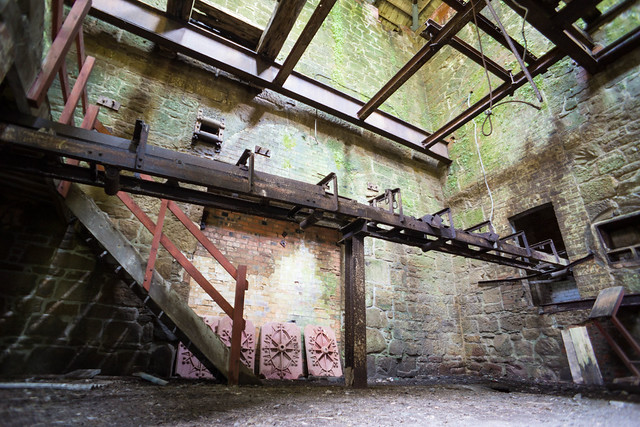 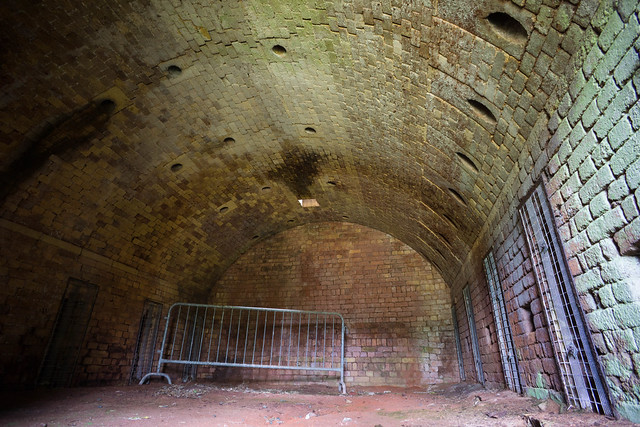 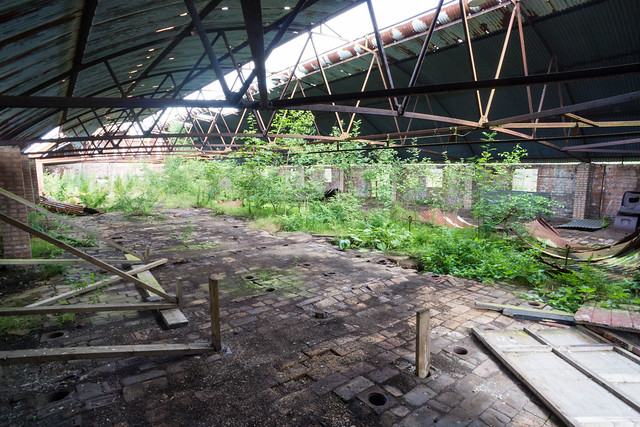 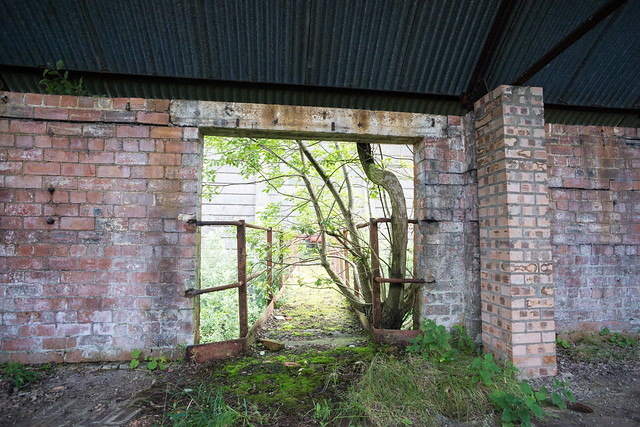 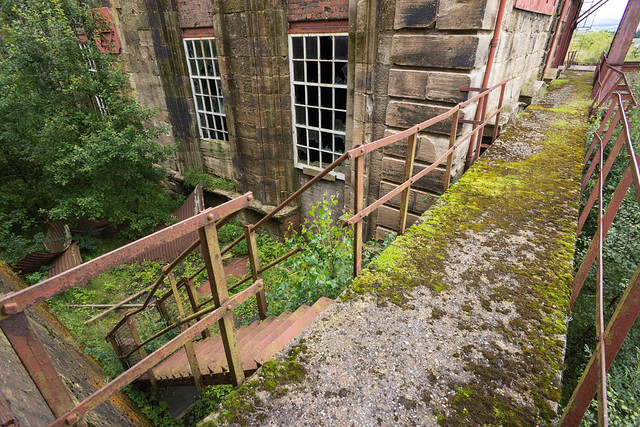 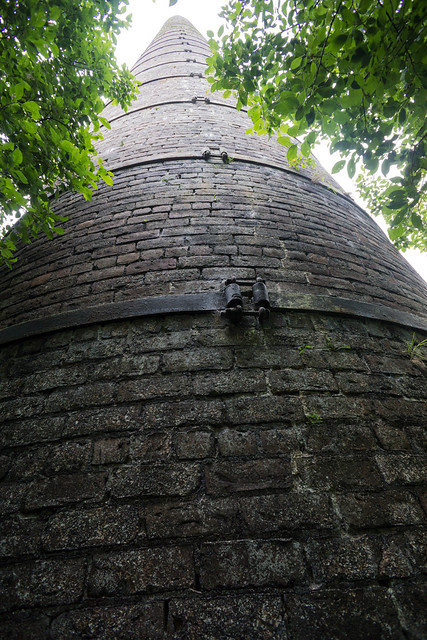 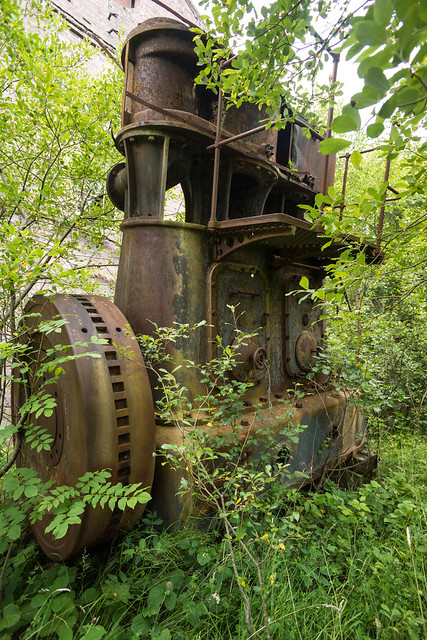 A compressor made by Howdens in Glasgow. 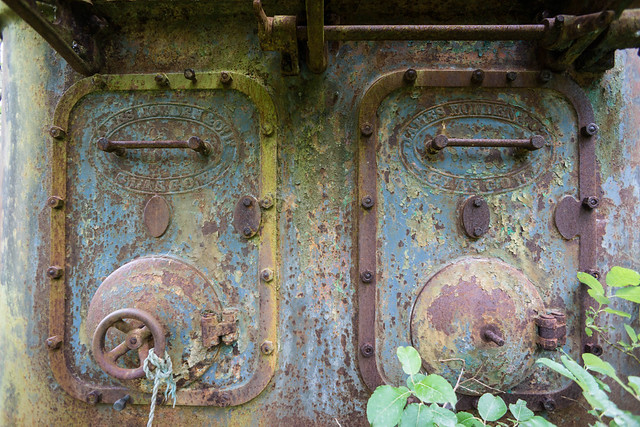 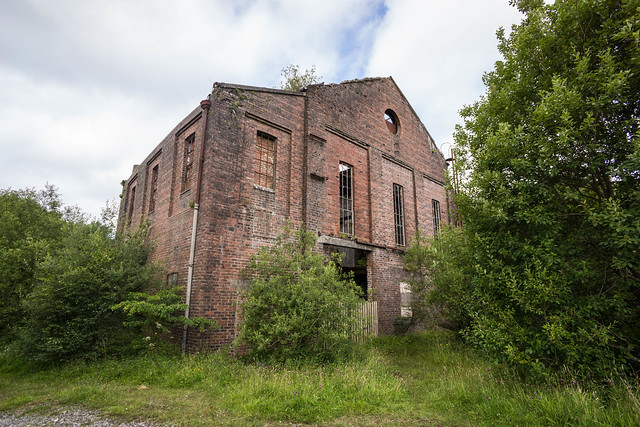 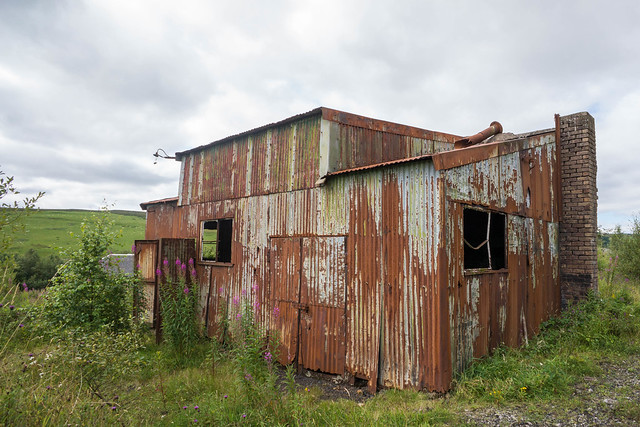