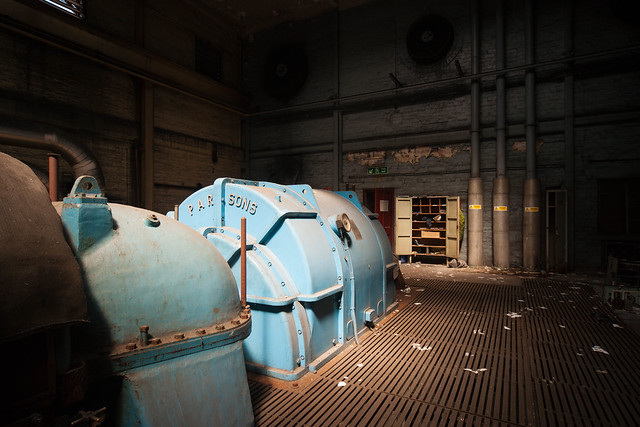 I visited the Tullis Russell paper mill in 2009, as a permission visit during their 200th anniversary, and they seemed to be doing very well – it was a very busy mill, lots of modern machinery, and apparently lots of orders. But only a few years later it collapsed and the mill closed in 2015. The last thing they did was launch a project to replace the old but beautifully maintained coal power plant with a modern biomass plant – where that stands there used to be a whole lot more, including some giant steampunk rag boilers. That plant was built and is now operating, but the mill next door is derelict. All the paper machines have been sold off and removed. 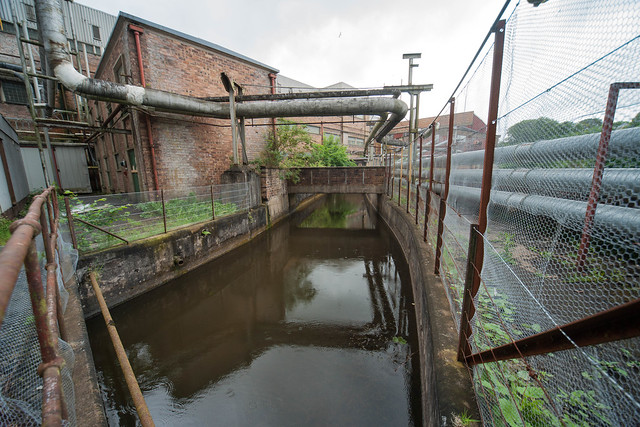 Quite a lot has been demolished, but there’s still the original mill lade and quite a few empty buildings left. But that’s not really what I wanted to see. The old power station next to the new biomass plant is still there. 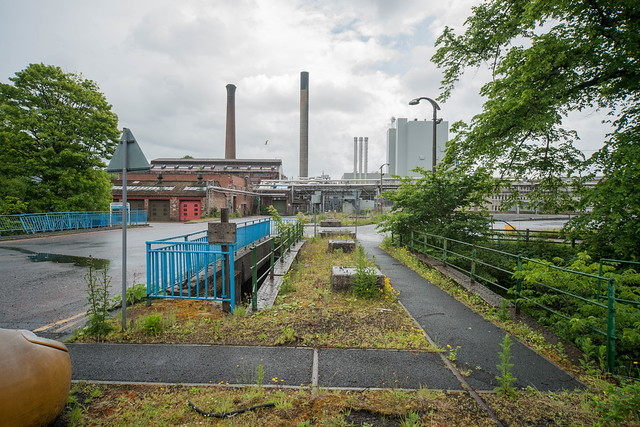 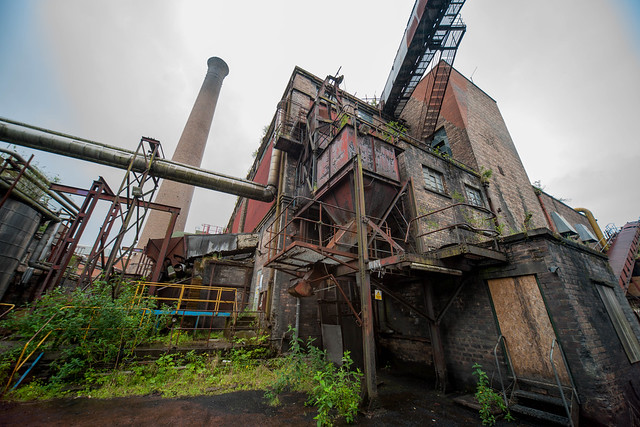 Inside the offices and workshops first: 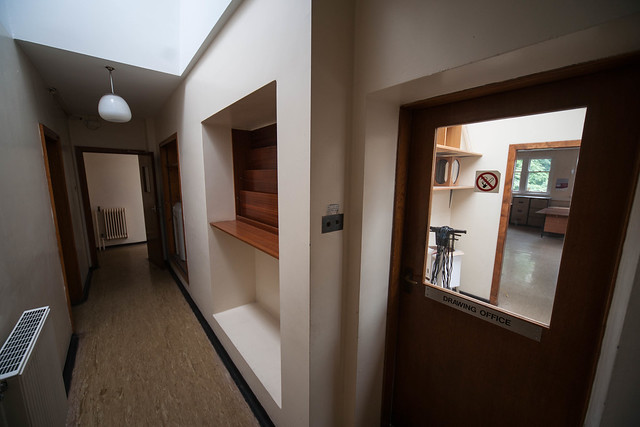 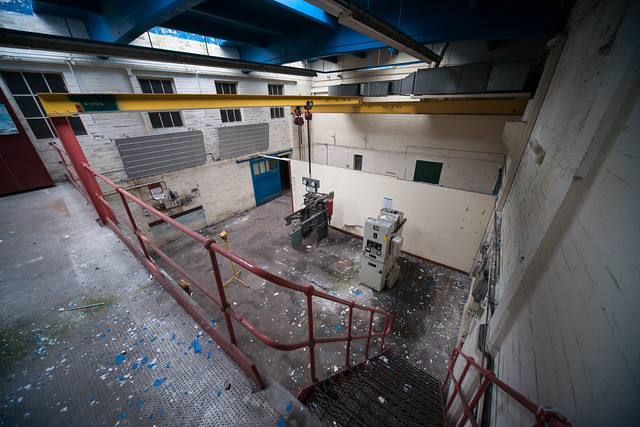 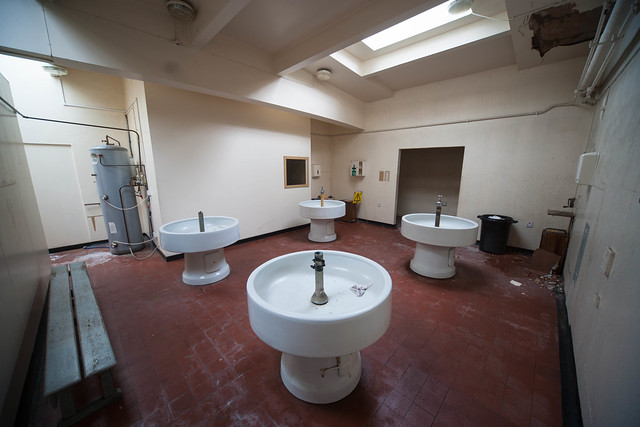 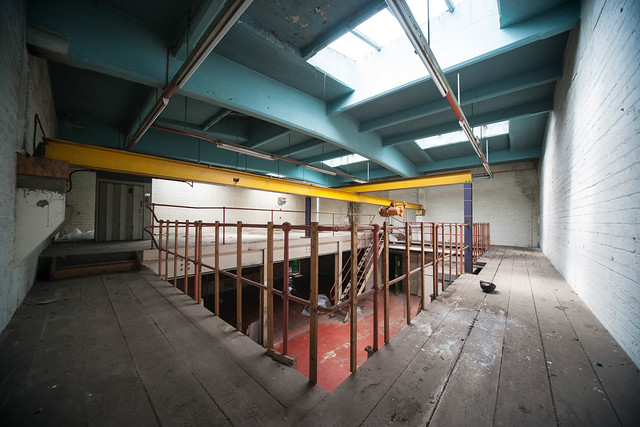 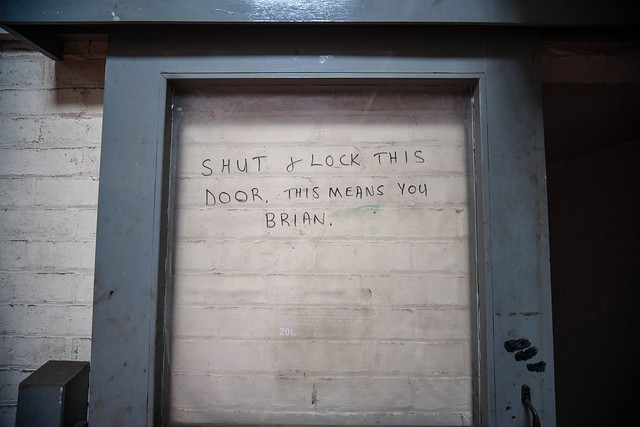 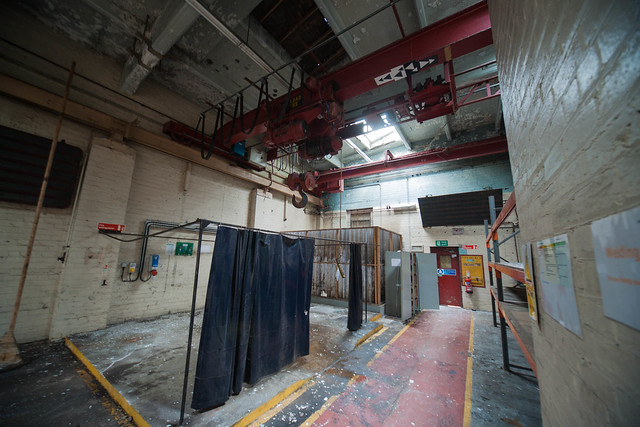 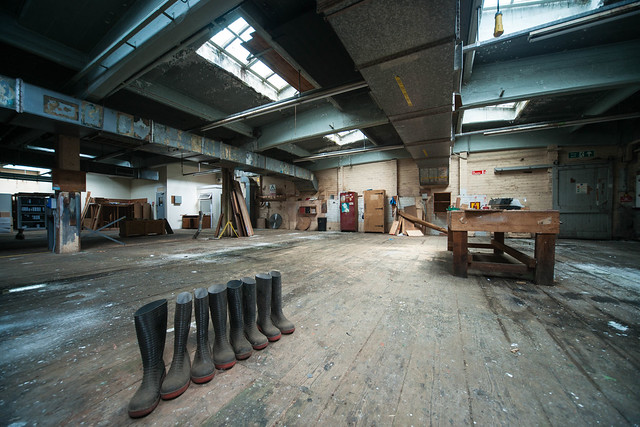 But then, around the corner, turbines! Four beautiful blue Parsons turbines: 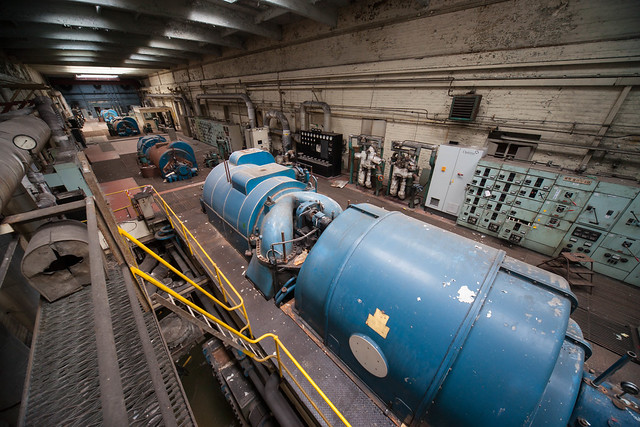 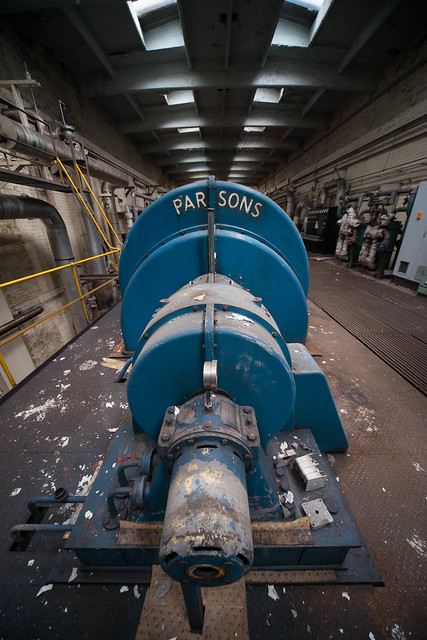 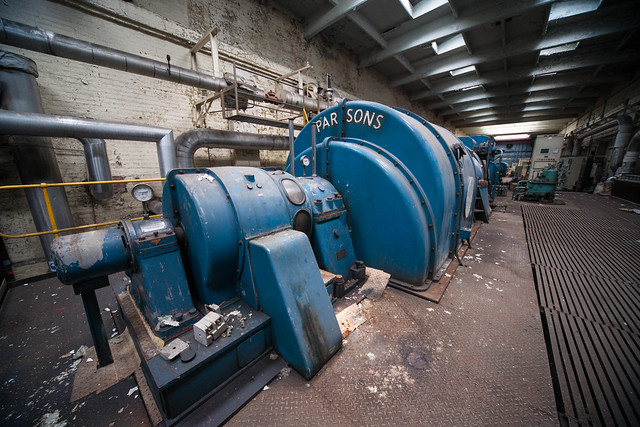 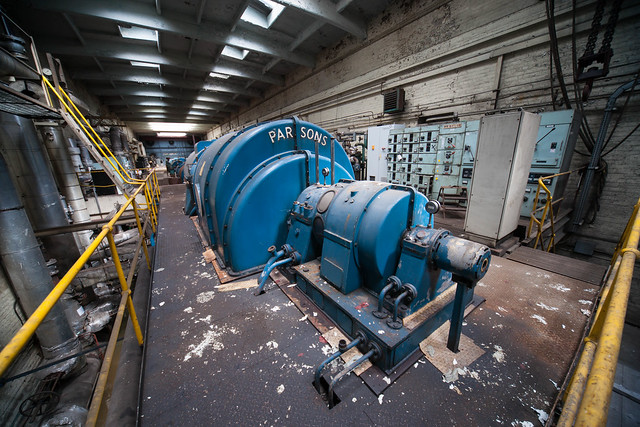 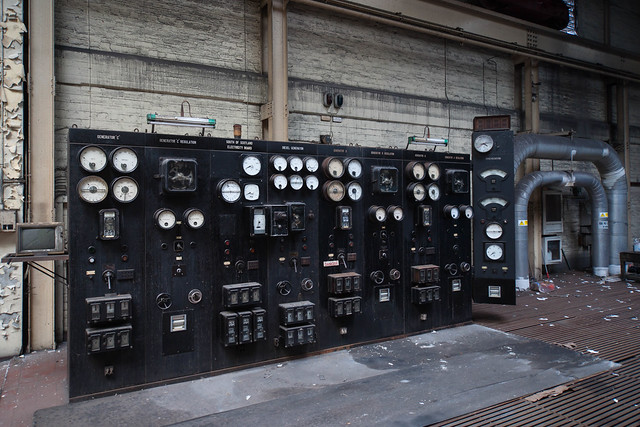 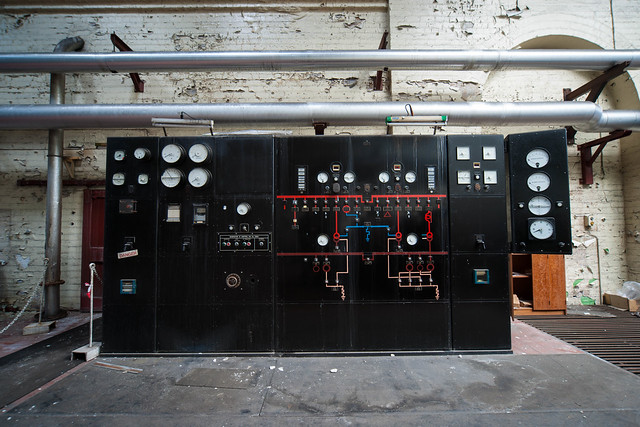 With pumps off, the lower level has flooded. It was sad to see what had been a lovingly maintained power station only a few years ago like this. 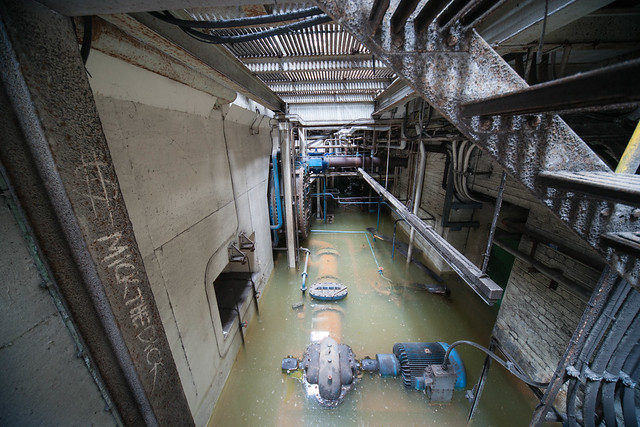 Next door, the coal boilers: 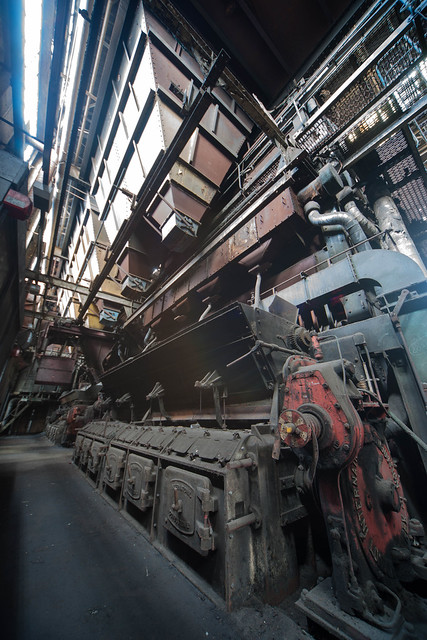 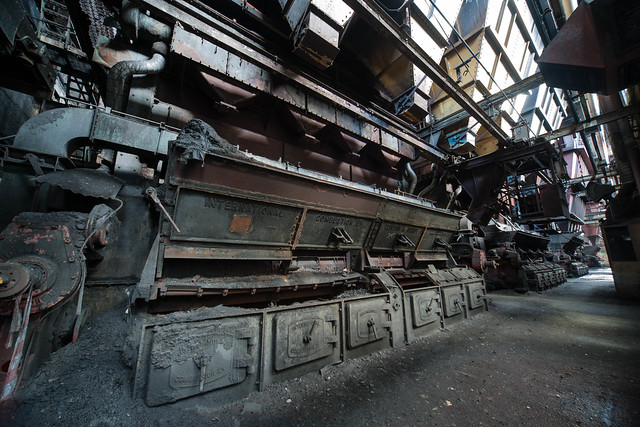 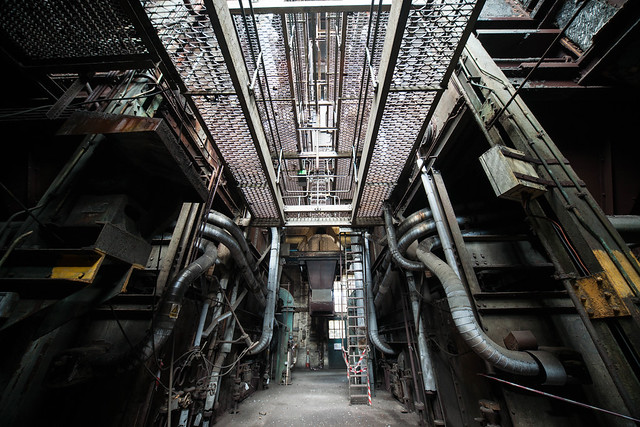