I guess I can tell this story now. Clydebridge steelworks to the East of Glasgow was founded in 1887, and in its heyday produced steel plate for many of the Clyde’s famous liners. When the M74 motorway extension was being built past the site, I took the chance to make a midnight visit. 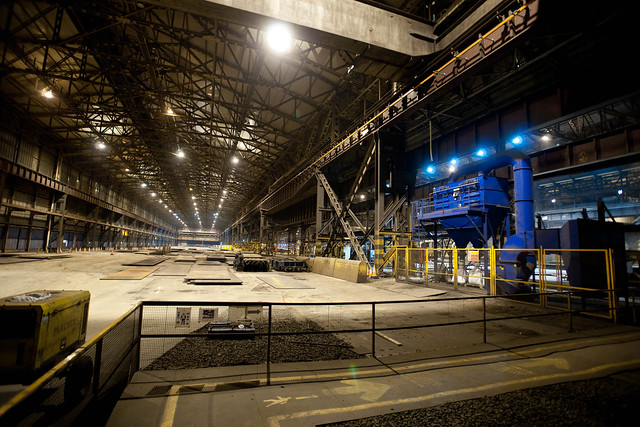 Nipped into one corner of the giant shed, and though it was all lit up, everything was quiet. 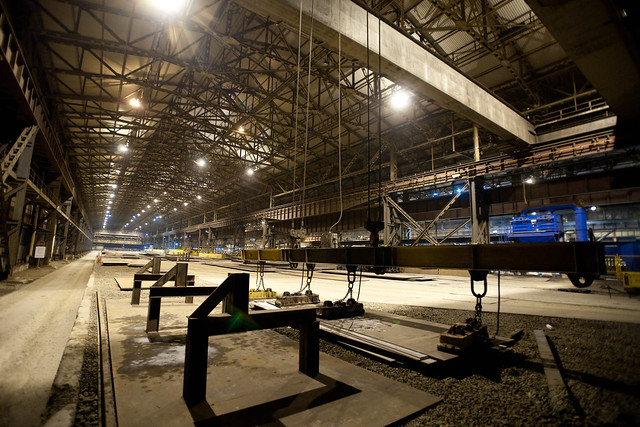 I was feeling very exposed, so quickly climbed up a staircase and hopped over onto the walkway alongside the huge gantry crane. Very high off the ground with no safety rail. 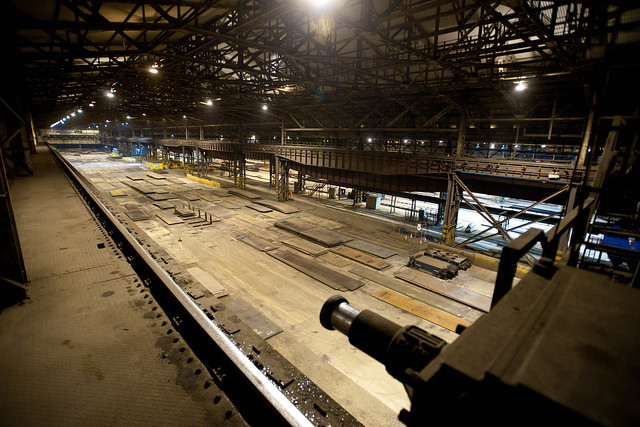 The crane control cab is slung underneath, climbing down into it is like a scene from Star Wars. 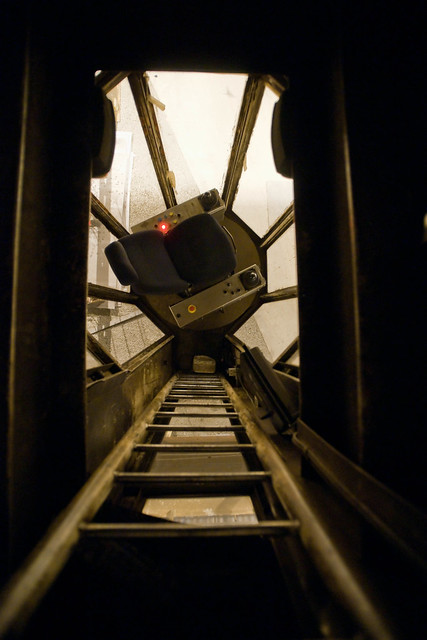 Everything was turned on, but I just about managed to resist playing with it. 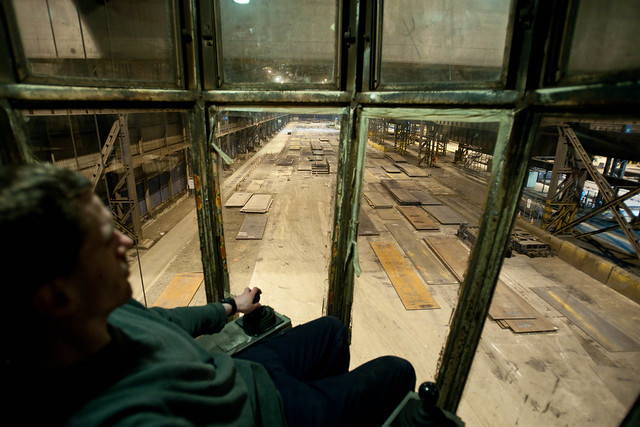 I walked along the walkway to the other end of the shed – keeping as far away from the edge as possible. 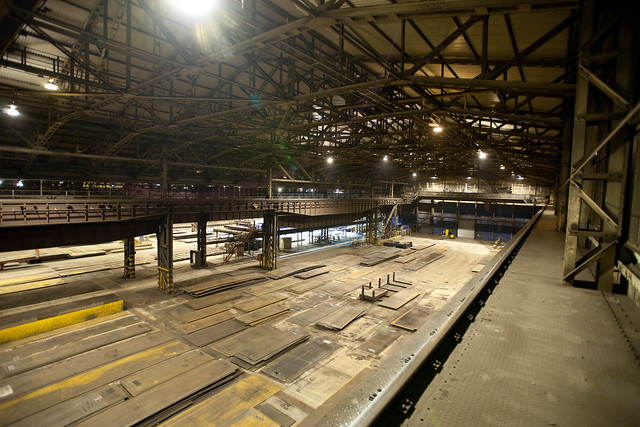 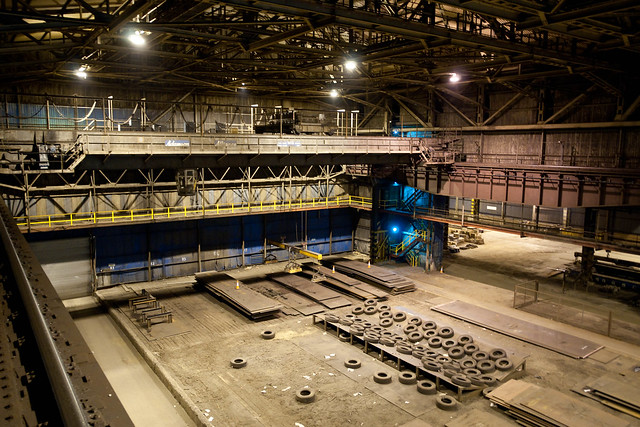 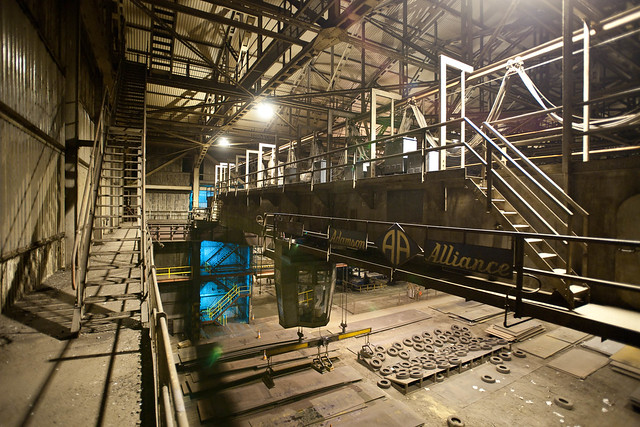 Walking around, I could look down on some of the giant plate rolling machines. 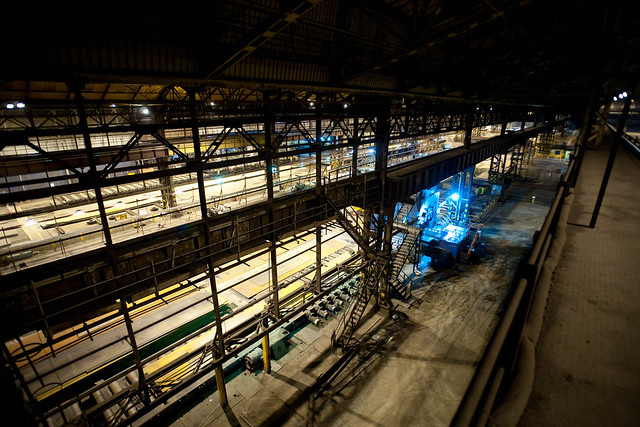 Then down some stairs to ground level again. 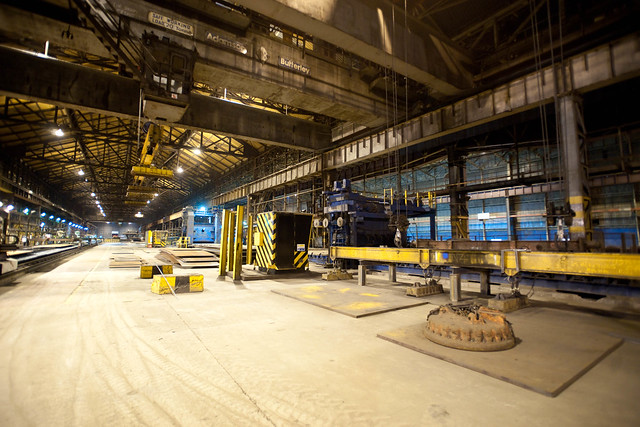 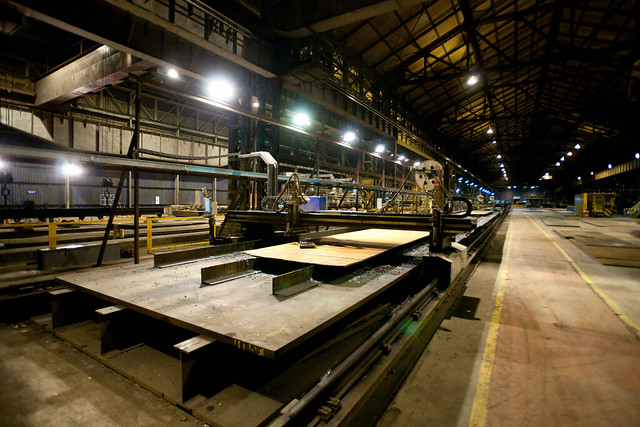 This is the last picture I took. I saw movement in the distance, so sprinted back to the stairs and up, then along the walkway. Half way along, suddenly there were a dozen men below me – I must have got in in a lucky gap in shifts, and now everyone was heading back to work. I sprinted back along the walkway, hopped over the railing to the stairs down, waved hello to a surprised crane driver just settling into the same seat I’d been sitting in a few minutes earlier, and sprinted out of the building.

Postscript: A few weeks later, I got an email from the head of Health & Safety at Corus Clydebridge. He didn’t approve of my midnight visit, of course, but liked the pictures – so he invited me back for an official tour of Clydebridge and Dalzell mills. Pictures of them here.