Clydebank’s La Scala cinema opened in 1938 – seating 2,648, it was described as the pride of Clydebank, and survived the Clydebank Blitz unscathed. 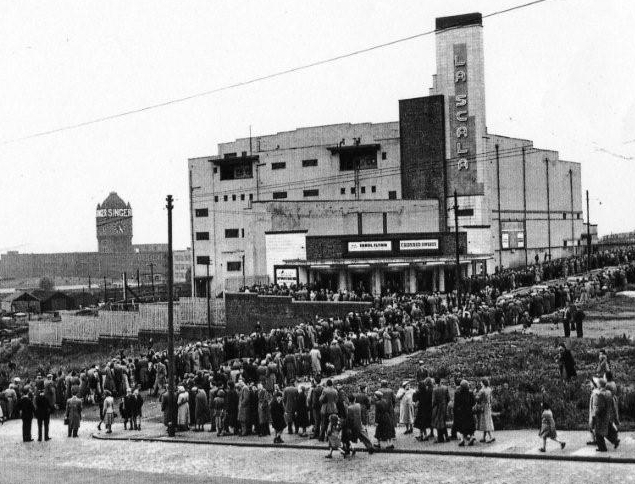 It became an ABC cinema, then closed as a cinema in 1984. Subdivided, the top half became a snooker club, the bottom half a bingo hall. I only explored the top half: The pride of Clydebank is now in a sorry state. Up higher, to the battery room: Because of the odd way it was subdivided, the snooker club used one of the original entrances as a beer cellar: